I became aware of rug hooking as a child, intrigued by my grandmother’s highly stylized primitive mats made from outworn woolen clothing. The homestead, as it was called by my father, was decorated with these practical little carpets, the designs most likely taken from women’s magazines of the day.

While painting murals in Amherst, Nova Scotia, I met and became friends with Deanne Fitzpatrick, a fabulous hooker.  Several years later, I bought a frame, wool and a cutter and started making my own. Starting small, I worked on stair treads, sort of samplers, in the evening, or when the mood struck me to fill in some time. I stretch the linen and draw my idea directly on this fabric base with a permanent marker. Then I begin to hook using my grandmother’s hooking tools.

It is satisfying to see the ideas take shape, and to work with a material that while still flat, has a depth found in the pile, and a warmth and interest created by the irregularities of my primitive ‘style’. 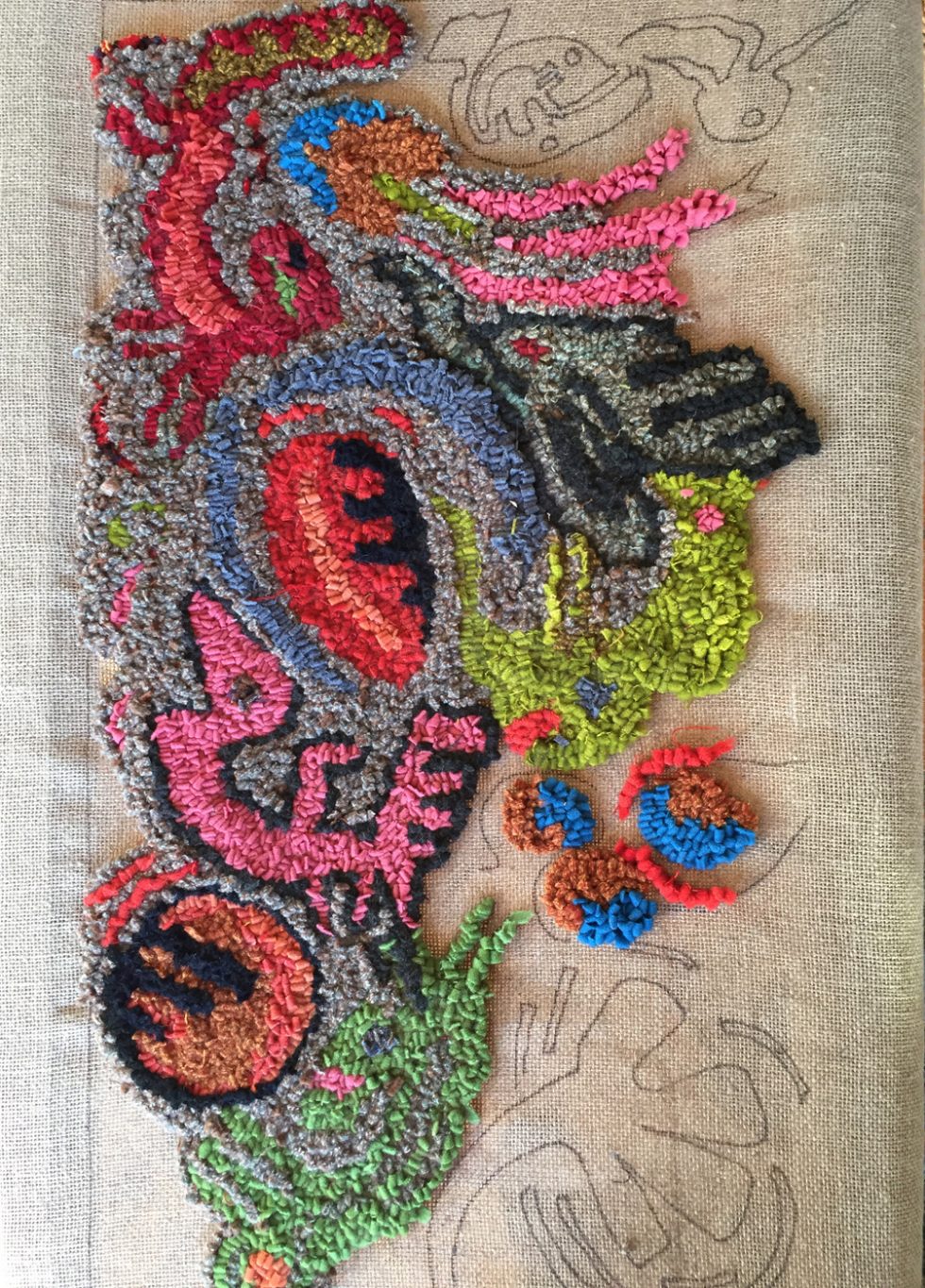 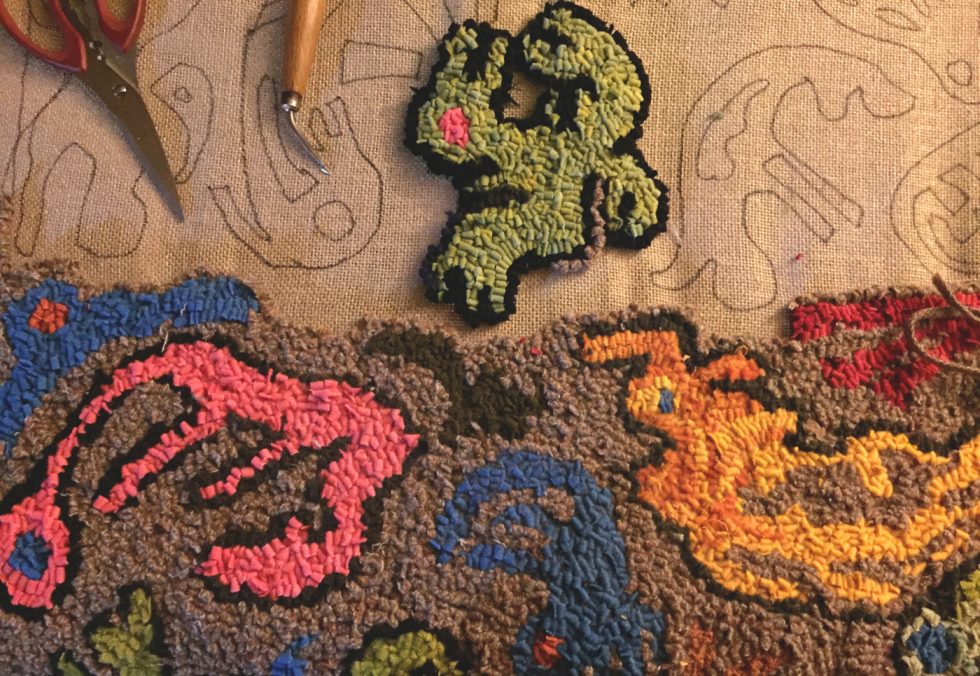 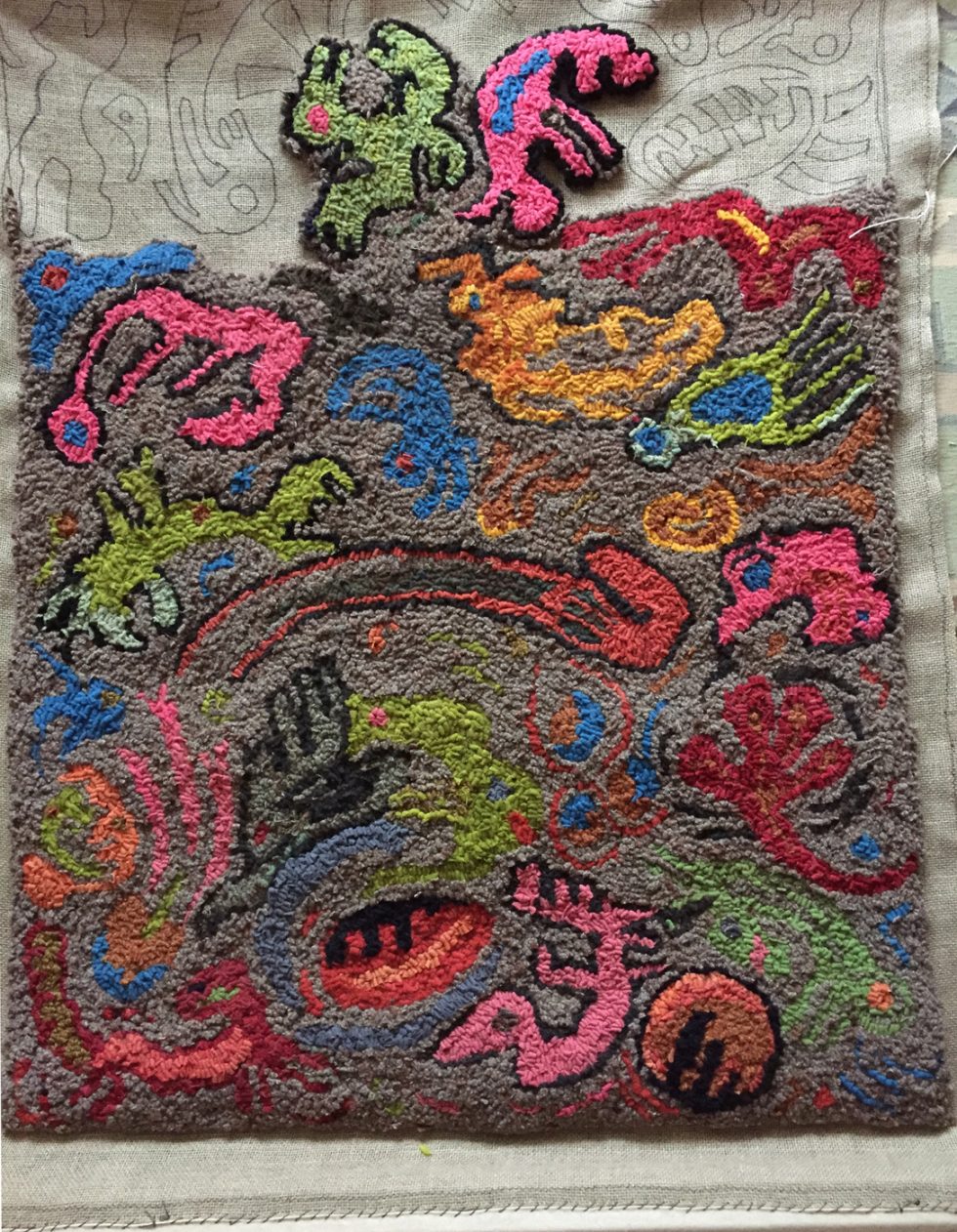 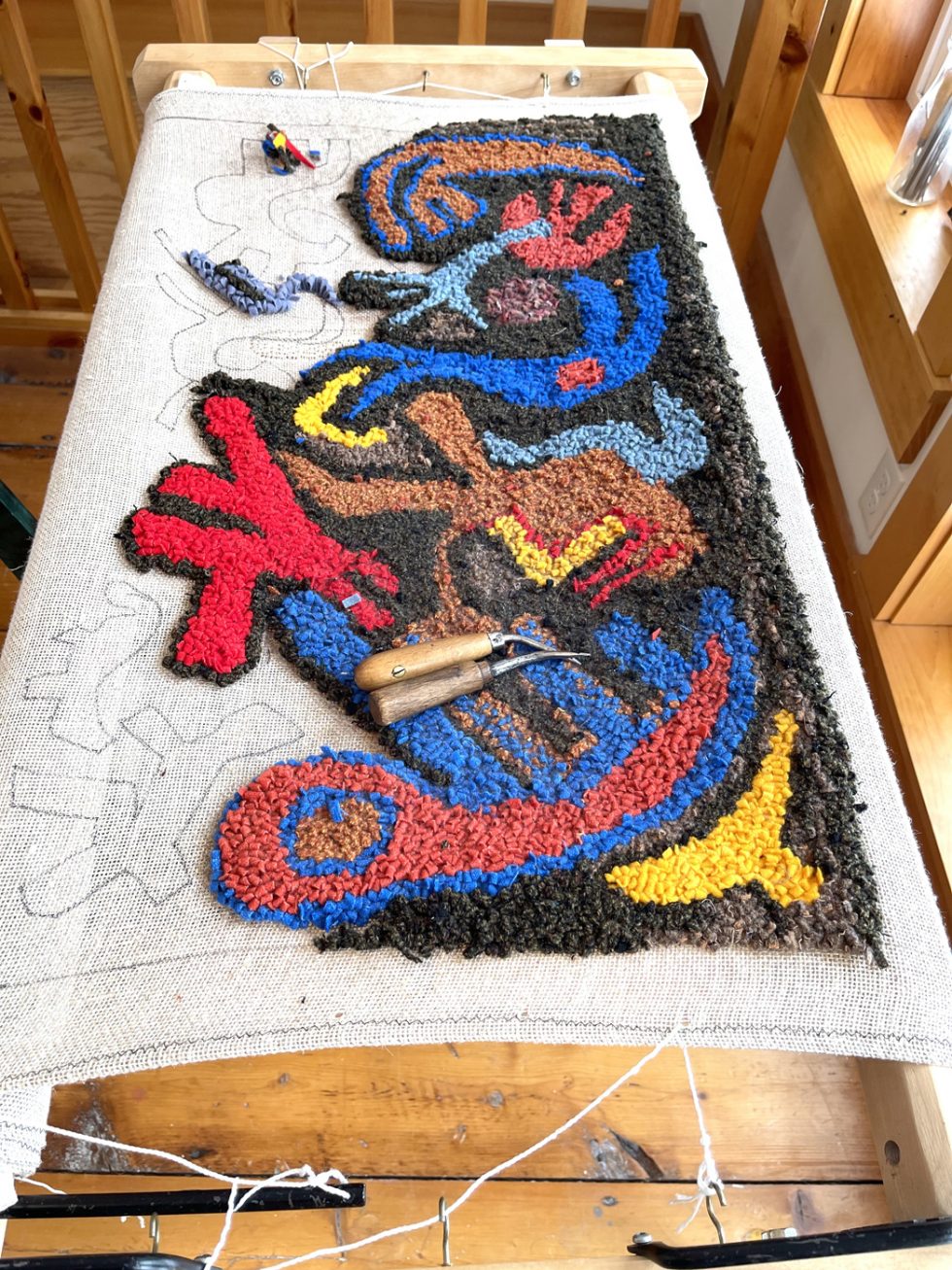 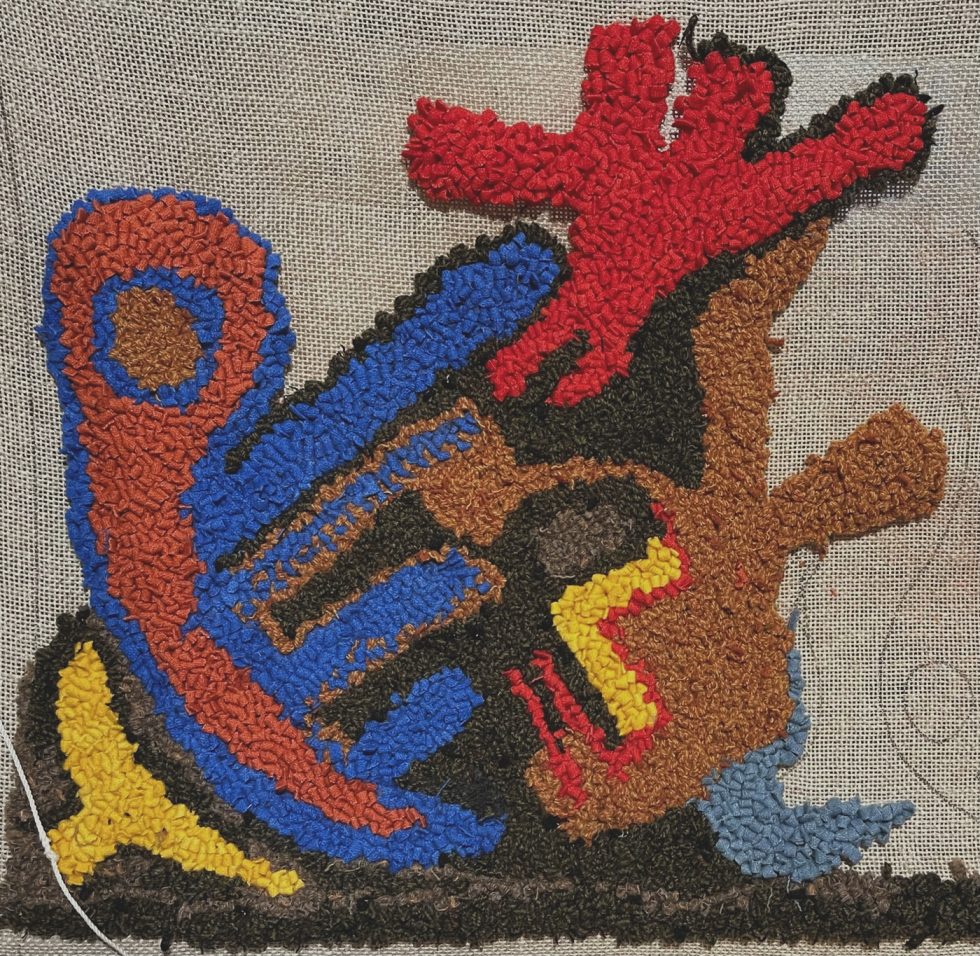 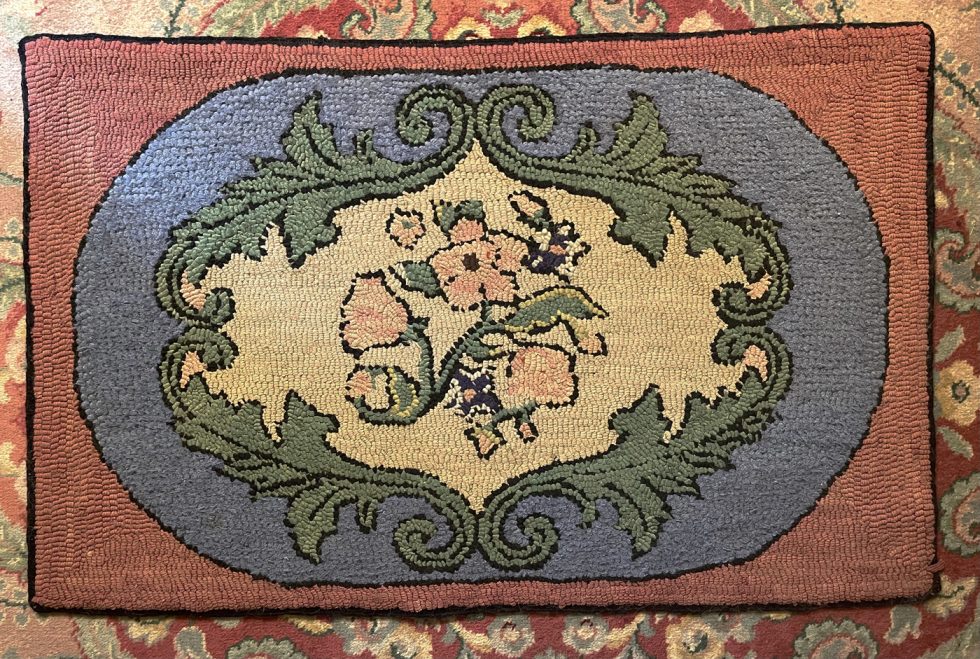 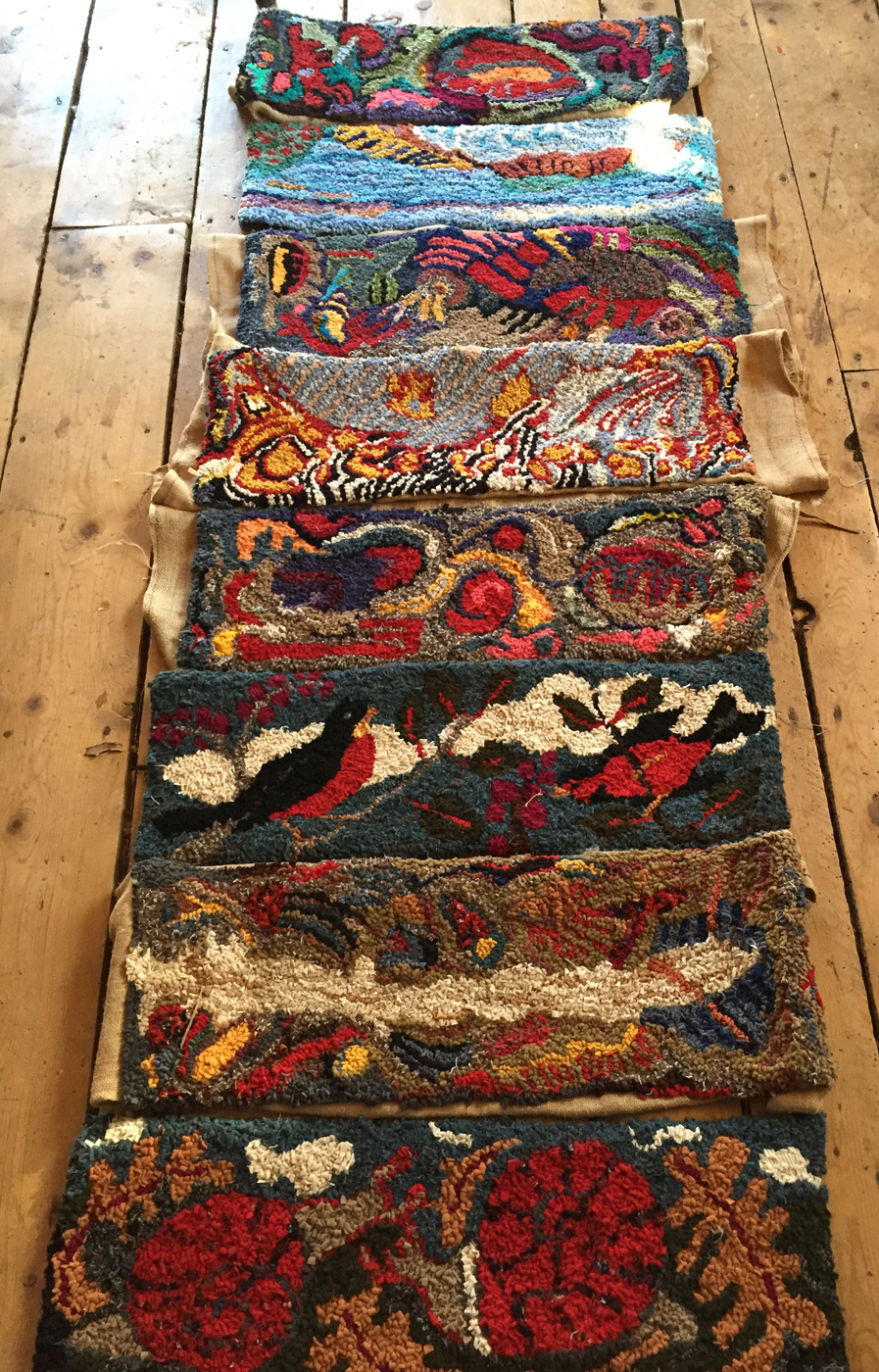 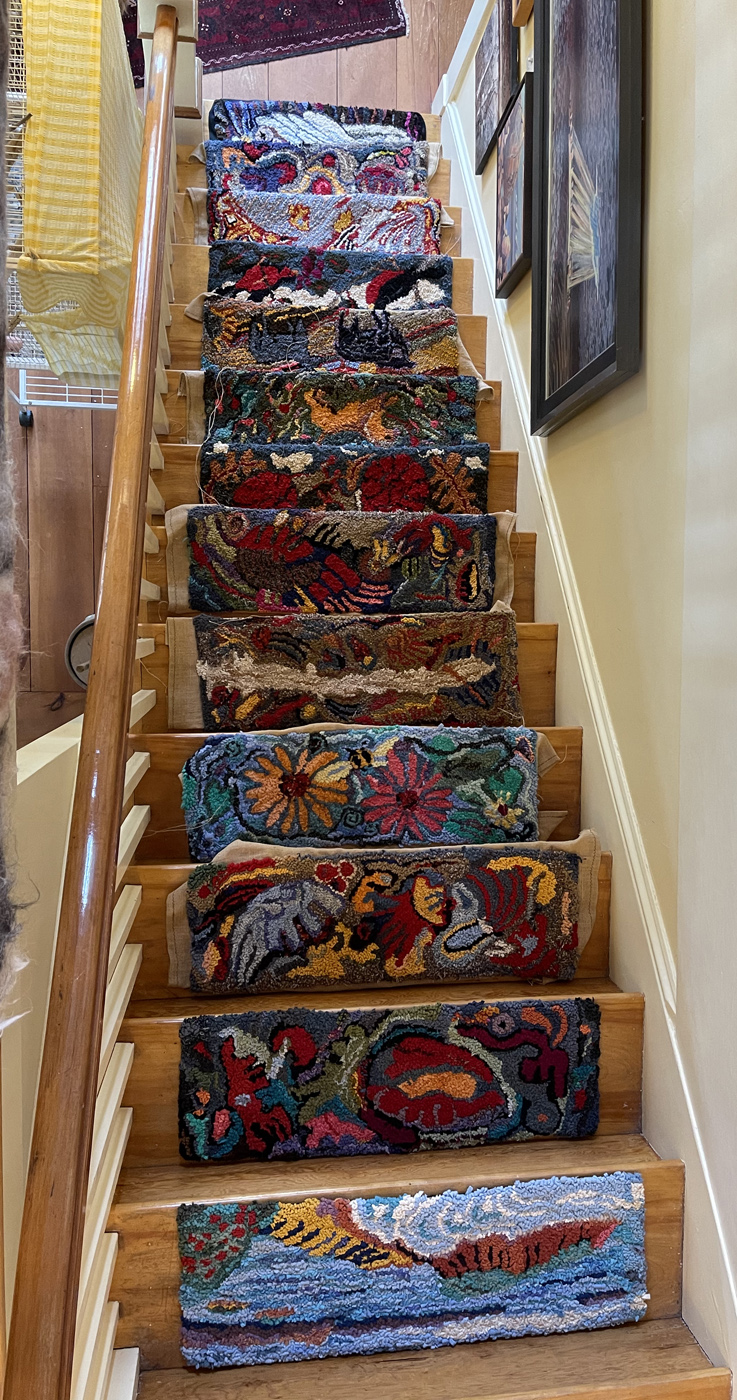 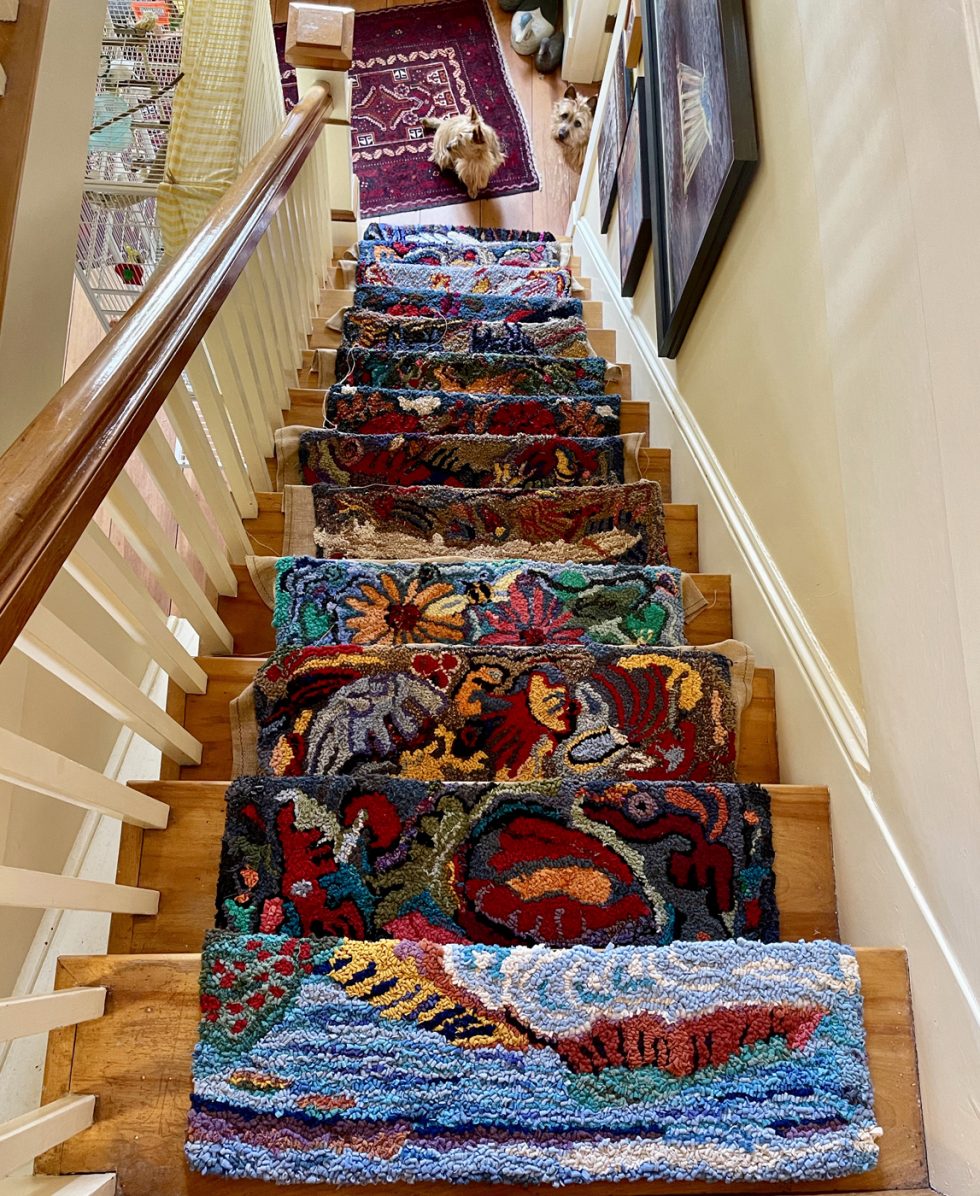 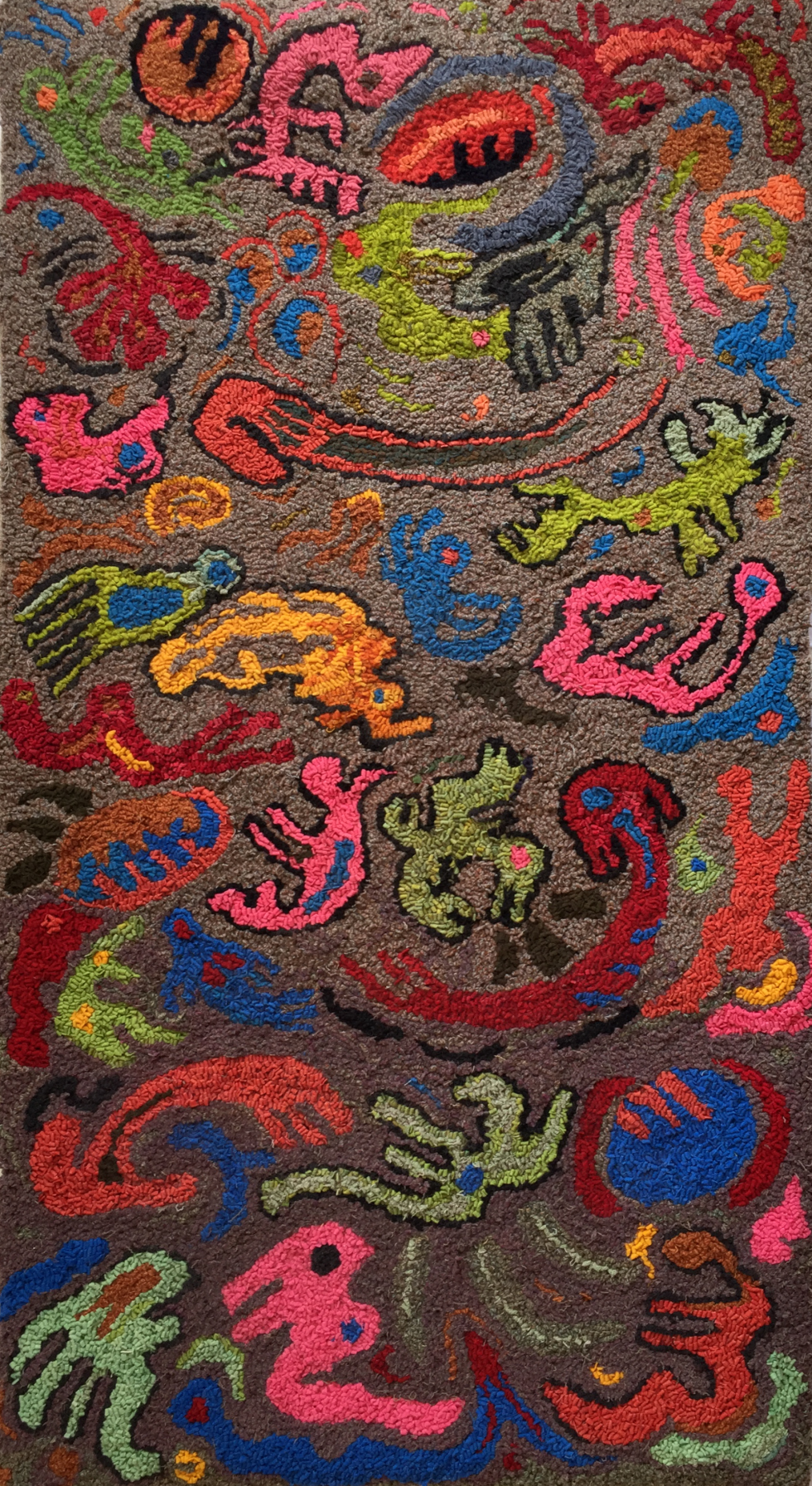 primitive wool strips on linen 36in x 60in